Sui Park is a New York-based artist born in Seoul, Korea. She has had several solo exhibitions and public art commissions including Immersion in Black and White at Sapar Contemporary in 2021. She has participated in over 130 exhibitions internationally. Her artwork has been acquired by the Jordan Schnitzer Museum of Art in Oregon and the Saks Fifth Avenue Flagship Store in New York. Numerous mentions of her work and projects have been published in The New York Times, The Washington Post, Hyperallergic, Artnet, Vice, and Colossal as well as other publications. She is represented by Sapar Contemporary in New York City.

Sui Park’s education includes an MDes in Interior Architecture at Rhode Island School of Design and a BFA in Environmental Design at Maryland Institute College of Art. She also earned an MFA and BFA in Fiber Arts at Ewha Womans University, Seoul, Korea.

Sui’s work involves creating 3-dimensional organic forms in generic and biomorphic shapes. Through these forms, she attempts to express seemingly static yet dynamic characteristics of our evolving lives. While they resemble transitions and transformations of nature, the forms are to capture subtle but continuous changes in our emotions, sentiments, memories, and expectations. 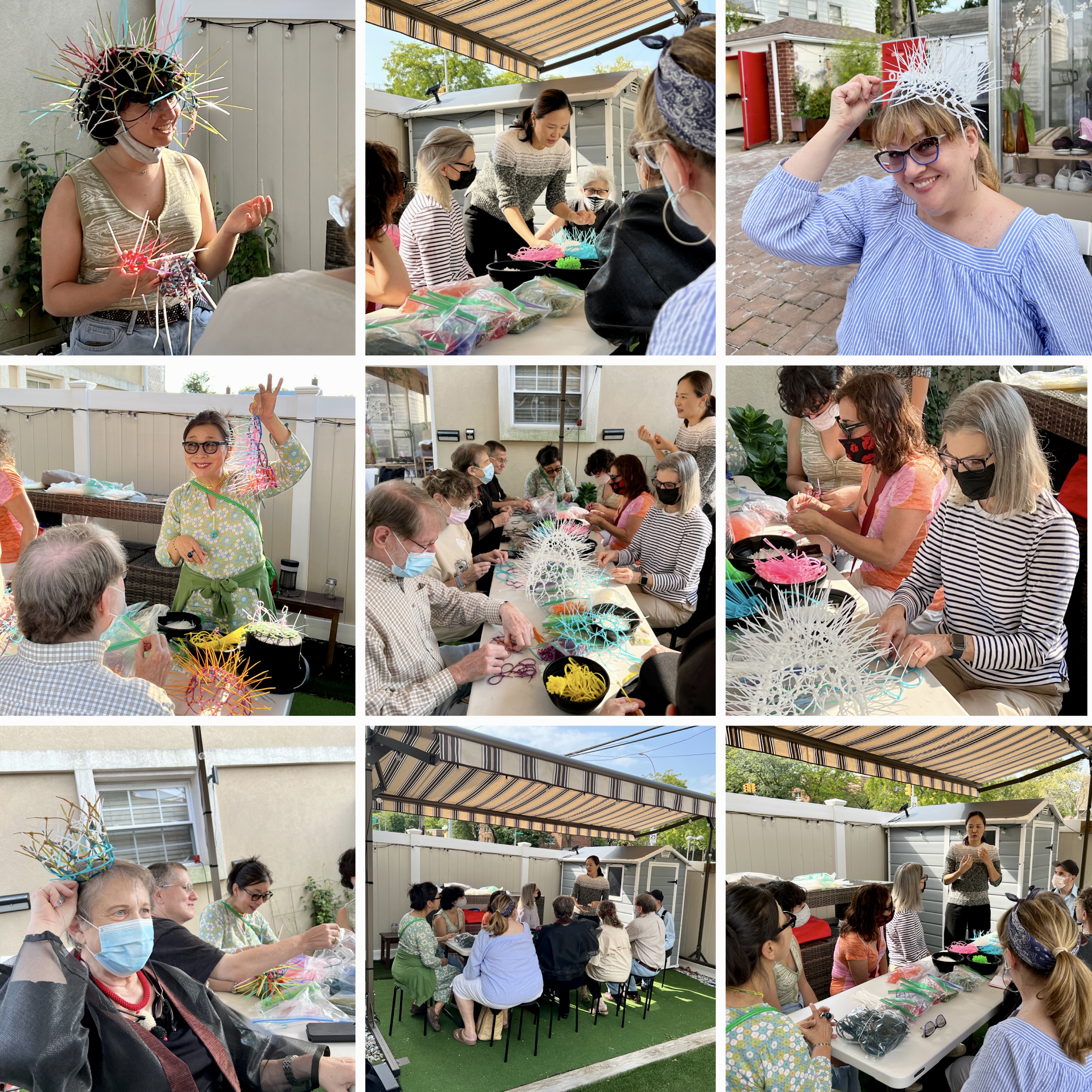 During the 90-minute workshop at the gallery, artist Sui Park demonstrated various ways of making sculptures using cable ties. Participants had a chance to explore and create their own artwork with hand-dyed color cable ties, then took the finished piece home.