'Stuff Under My Fingernails Again'
with artist Elliot Cowan 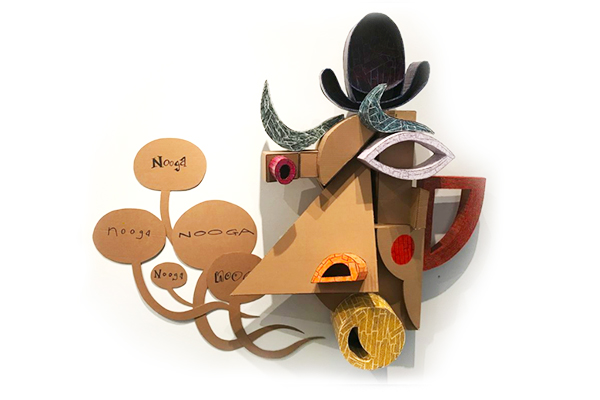 Elliot Cowan is an award-winning animator, writer, artist, and educator. He was born in Melbourne, Australia where he attended the Independent College of Art and Design and followed that up with a further post-grad year at the Victorian College of the Arts. His drawings, prints, sculptures, and paintings have been shown in Melbourne, Hobart, Launceston, Los Angeles, Chatanooga, Chicago, and New York.

He spent nearly 11 years in Tasmania writing, directing, and editing television commercials. In 2006 he left for London where he worked for Uli Meyer Animation, working as a story artist and gag man on the feature film Monstermania! He conceived the characters Boxhead and Roundhead who appeared in several award-winning short films as well as an animated feature currently on the festival circuit. In 2007 he moved to New York where he paints and draws, makes sculptures out of foam core and cardboard, and teaches animation. He has completed animation, storyboarding, writing and story consultation for Sesame Workshop, Elizabeth Arden, Nathan Love, PBS, Ace and Son Moving Picture Company, The Logo Network, Uli Meyer Animation. In 2016 Elliot spent a week working with visual artist Wayne White on Wayne’s big history and art project, Wayne-O-Rama.

During a 60-minute artist talk in the gallery, Australian-American animator, writer, artist, and art educator Elliot Cowan talked about how his works transformed throughout his life. He introduced his use of materials in his early days as a kid and discussed how he returned to sculpture 40 years later using similar materials.

He also showed his cardboard sculptures and ceramic works from childhood. He also demonstrated the different mediums and discussed the process of making his sculptures. Participants were able to touch epoxy clay and polymer clay as well as Elliot's artworks displayed at the exhibition. 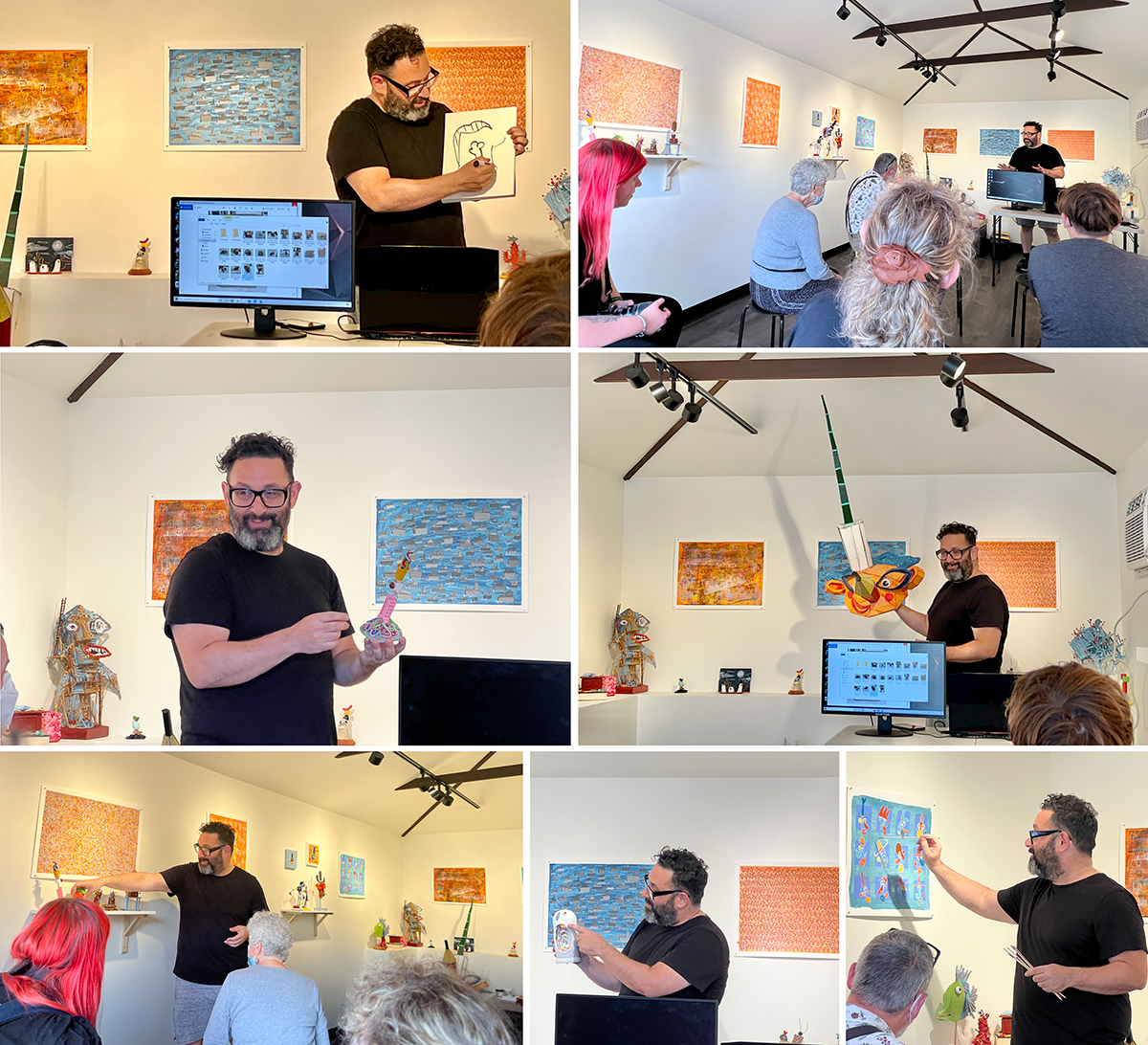 This project is also part of the inaugural presentation of Queens Rising 2022, a borough-wide multi-disciplinary arts celebration founded to highlight the borough’s culture and creative diversity.