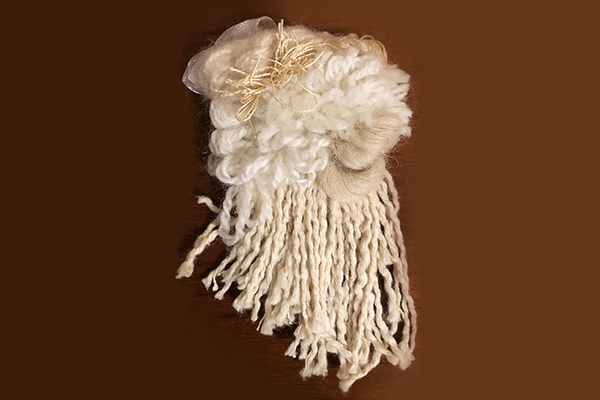 Born in the Bronx, artist Amy Supton (formerly Amy Vietze) learned to work in fiber arts before she learned to read. Her preschool teacher taught her how to make crepe paper into yarn and her first-grade teacher taught her to embroider and appliqués. These techniques became the foundations of Supton's rich body of work spanning weaving, ceramics, watercolor, and pastels.

Supton spent her early 20s in Detroit, Michigan (1965-1969), Berkeley, California (1969-1970), and then moved to Nashville, Tennessee (1970-1984). Her identity as a craftsperson emerged and a career in the arts unfolded. While in Detroit she picked up sewing and made quilts, daishikis, and elaborately embroidered clothing. She took loom weaving and rug-making classes from store-front shops in Berkeley where German immigrant Kaethe Kliot taught the tapestry and rug-making techniques she uses to this day.

Upon moving to Nashville, the city with great emphasis on the folk craft aspect of weaving, Supton was introduced to other weavers and became a fixture in the Nashville crafts community. She was active in the Nashville Handweavers Guild and the Tennessee Artist Craftsman Association and had participated in many solo and group shows. Her work was shown at Cheekwood Botanical Gardens, Sarratt Gallery at Vanderbilt University, and Spring Street Gallery, Tennessee State Museums well as others. Work was collected by the Tennessee State Museum, the Chicago Standard Oil Building, and the Opry Hotel.

Supton began using natural dyes and chemical dyes and was drawn to the intense colors that brought back the enthrallment of her early love of embroidery threads, felt, and crepe paper. She also had access to a clay studio at George Peabody College for Teachers. With her intense interest in fiber and access to ceramics, she began to create work that combined both mediums. The beginning of Supton's work in clay coincided with the early women's movement. She felt driven to use clay to put forth a women-centric aesthetic.

In 1984, Supton moved to New York City and taught creative arts to children with special needs in the New York Public School system for 25 years. She put as much passion into planning projects for her students as she had in her career as a craftsperson. During a yearlong sabbatical, Supton took up painting, pastel, and sculpture, and obtained access to another ceramic studio which spurred another new body of work. She is now a full-time artist based in Queens, New York.